Hello everyone. Today I would like to share a perception on drama. I feel that drama is a subject that is commonly spoken about among peer groups in our society. Very much so that to the point it is normal and if one wants to get rid of conversing with people who speak down upon others they will most likely find that damn near everyone around them partakes in this type of communication. This is embedded in our society to the point we don’t even realize it is going on because we have become so numb to it. Ask yourself, out of eeeeeeverything to talk about why is it that people love to talk down upon others and things?

Just to be clear if I were to explain what the word drama expresses I would say that drama is in form of communication between one and another that is precisely focused on bringing up the ‘bad’ in the other person, place, event, or thing. I’m not saying that all people who speak ‘bad’ or negative are partaking in drama-driven communication, for such conversations can be had without the ‘draining’ effect. Now this is hard to put in words because one has to be experiencing the drama-driven conversation to know what I am trying to express with these words I type now. It is the tone, the vibrations, the attitude that one holds within them and also sends out at the same time that signifies that conversation is drama-driven. The reason why this cannot be put into words so easily is because it is more felt by our being rather than absorbed by the analytical mind. Most people will understand what I mean by this though because we have all been in these type of conversations. It is often the energy and force one puts behind their words that makes the conversation feel draining. One sign that you can tell if the conversation is drama-driven is the person speaking will often embody an alternate low-state of being as they are speaking about the the past person, place, or thing. For instance if one is speaking about an event and person that caused them to become frustrated they will now be frustrated right at the table with you as they tell you the story. Depending on the person who is listening to the story they might not even pick up on this because they are focused on the words and cannont feel the deeper reality behind said words. It is as if their body is ‘numb’ to such feelings. But just because one may not be able to feel or notice the unspoken vibrations behind the words that does not mean they are not effected by it. They still very much so are.

Drama is self-degrading. Without even realizing it when one is holding the drama-driven conversation they think they are only speaking bad upon the other but in reality they are unconsciously portraying their self. While there are many reasons as to why people like to have drama-driven conversations, I would say that one of the main reasons why so many people have this type of conversation is because it makes the person who is speaking ‘badly’ upon the other feel a false and illusive feeling of superiority. This is in the subconscious and if it were to be put into words it would state something along the lines of ‘hey, look at how bad this person/thing is…I am not that, I do not do this, but look they are doing it!’ This goes on without being said and is in the subconscious. And of course the person who dwells in drama will not admit our at least even bring their attention to this. It is similar and to some aspect related to the unhealthy habit of always comparing yourself to others. For one who often has drama-driven conversations has problems with negative Comparison as well. This is a whole ‘nother topic on its own. And for now I will not go into the deeper understandings of Comparison.

Do not get me wrong, I am in no way exempt and a saint of drama-driven conversations. I have had my fair share of it just like everyone else has. It wasn’t until I drew my attention and concentration to what it was that I was doing and looking at it from a different and deeper perspective. As I said in the beginning, when one does this sincerely they will start to notice just how widely socially-acceptable this behavior is. And from there they will see alllll the people around them that unconsciously partake in this low state of behavior. If one wants to truly remove drama from their life they must draw their attention to it when it starts to come up. They must draw themselves away from people who partake in this behavior or at least bring to their attention the more true reality of what they are spending their energy on. Some might say I am being over exaggerative or that it is not that serious. But it must be so, and not because I say so but take a step back and look at the reality of it. We will find that it is often our closest friends and family that ‘speak’ of drama. And this drama-driven behavior is often the cause to many family problems and suffering. Whether what is being said is true or not drama is in no way helpful to anyone or anything. It can even at times cause physical, emotional, and mental violence… And people wonder why so and so ‘hate’ them. Or they wonder why their friends and family don’t seem to get along. Little things like drama-driven conversation can go a long way and effect our reality in ways we thought were not even possible. Quitting the act of drama-driven conversation starts with our selves and takes time to develop. But the more and more one sincerely approaches and becomes aware of this behavior they will start to get rid of it all together. This is not as easy as it sounds though for if you change yourself and want to start participating in less drama-driven conversations you will find that the people around you who do not admit to this faulty will give you backlash. Which in effect might cause a loss of some relationships you have with others, depending on the plane of consciousness the other possesses and how receptive they are. This is why many don’t think its “That Serious”. One cannot say what will happen with your current relationships because it is simply unknown and the possibilities are endless. But one thing you can be certain of is that you yourself will start to notice the change within, and this change within will lighten you..will bring more of a peaceful sense to you and yours. 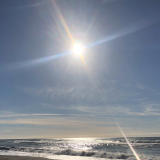 Hello. My name is Jay and I am here to write about life and life experiences.